If you are looking for a good whiskey for beginners, I have a great recommendation for you and the brand might surprise you.

And, it’s probably one of the most inexpensive bottles on the market, but a bit tricky to buy.

Whiskey drinkers take years to develop their passion for the brown stuff, so if you are serious about wanting to develop a taste for whiskey, you need to be willing to give it time, and a fair chance to grow on you.

In short, you must be willing  to commit to drinking it for 6-12 months.

No, I am not suggesting drinking it nightly and turning into an alcoholic by any means.  I actually have an easy way to ease into the drink and learn to appreciate the delicate balance of 6 to 24+ years of oak aging.

More on how to ease into whiskey drinking later.

So What is a Good Whiskey for Beginners?

First, what the heck is Whiskey?

Whiskey (or depending on the type, Whisky) is a distilled alcoholic beverage made from fermented grain mash. This mash is typically aged in wooden casks, which gives it that distinct brown color and taste. Depending on some details like aging, ingredients, and where it is distilled, will determine its type and flavors.

It is usually around 80 proof (40% alcohol) and will burn the taste buds, but this is what people like about it.

It will also come in 2 basic varieties, blended and single malt.

Single malt is a whiskey produced and bottled in a single distillery.

Blended, as the name suggests, is a blend of two or more malt and grain whiskies and could even be form different distilleries too.

The main difference is when you blend it, you get to level the taste and “average” the flavor between regions and producers.  This usually always produces good bottles and rarely will disappoint the drinker.

Single malt will either produce really, really great flavors that you absolutely love, or the flavor will not be to your liking and disappoint.

So what type is good whiskey for beginners?  Blended.

This will be a great drink that rarely disappoints, and as you expand your tastes, you can expand into the single malt varieties and then truly appreciate them more.

Remember, blended is the mixing of several different whiskey’s, but not all blended are the same. You still need to pick a brand and a way to drink it.

Next, lets take a look at the many different whiskey on the market and learn a little about the differences.

Bourbon whiskey, whose name comes from an area known as “Old Bourbon” in Kentucky, is a whiskey that is distilled from corn. For a whiskey to be considered bourbon, the grain mash must be at least 51 percent corn, rye, wheat, malted barley, or malted rye grain. On top of that, by law the mixture must be stored in charred oak containers and cannot contain any additives.

Most good bottles will cost between $20-$30 but of course can go way over that too and also below that range too. I don’t recommend this for beginners as the taste is often a bit rough on a beginner.

“Rye whiskey” can refer either to American whiskey or Canadian whisky.  Rye whiskey must be distilled from at least 51% rye and aged two years or more.  Canadian whisky (also spelled without the “e”) may or may not include any rye in its production.

Canadian whisky is typically lighter and smoother then other whiskey’s and a great one for beginners.  This is what I recommend to all my friends looking to have their first whisky drink and usually they are not disappointed when I do it right.

Canadian whisky is usually made with different grains then rye, but corn is often most prevalent. For a while, rye was a popular addition, which is why the names are often mixed together.

Technically, Scotch whisky (spelled without the “e”) must be produced in Scotland, made from mostly malted barley, and aged in oak barrels for three years or more.

The age is often listed boldly on the bottle and you will see a large price change the older it is.

Some Scotch tastes a lot like bourbon, but with a signature smokiness that lingers.  Personally, this is what makes Scotch so great (IMHO) and my version choice of whiskey for sure.

I have a dedicated article all about the Best Scotch for Beginners that I think could be helpful if you are interested in trying scotch.

Most Scotch whiskey is distilled twice, Irish whiskey goes through three rounds of distillation before it is bottled.

Compared to the Scotch, Irish whiskey uses a lot of barley and doesn’t have that burnt smoky taste that you’ll find in Scotch.

Both Irish and Scotch whiskey must be aged for at least three years in wooden casks to be considered either Irish or Scotch whiskey.  Maintaining control is why these are probably the better tasting whiskey’s on the market today, in my opinion.

Funny story.  Before I started appreciating a good glass of scotch, I was actually using a $30 bottle of Evan Williams or Jim Bean whiskey to add some punch to my ribs BBQ sauce.

One day I decided to have a glass while making my almost famous BBQ sauce and realized this is a drink I could really learn to love.

After that day, I tripled the amount I used in my sauce, and started having a a glass a week with ice to help settle down and relax after work.  Nothing better then a relaxing scotch after BBQ rib dinner.

My recommendation for a good whiskey for beginners?

So, the moment we all have been waiting for.  In my opinion, what is a good whiskey for beginners?

For around $20 and double the size of all the others, you are getting a great tasting whisky that is designed to ease your taste buds into thinking differently.

No one has been able to confirm if this is really a Crown Royal in disguise and the flavor is just a little different, but most experts tend to agree, this is a re-bottled Crown Royal Canadian Whiskey for sure.

Given that this is a Costco brand, you need to have a store near you and either a membership or know someone with a membership to get a bottle. I don’t think either will be hard to accomplish.

Even if you live where no Costco has ever been before, you can always call a friend and have them ship you a bottle from their store.

For a slightly more experienced drinker, I recommend:

This is my bottle choice these days.  For about $40, I get a 1.75 litter bottle that I put into my decanter on my bar.  The taste is always fantastic.

Buying the Kirkland brand is easy for me.  I have a Costco about 45 minutes away and I completely stock up the home bar for about $150 a few times a year.

I recommend beginners start with a blended whiskey on the rocks (meaning with ice).

This will water the drink down a bit and make it easier for beginners.  Over time, just reduce the ice or added water and pretty soon you will be enjoying it neat.

Personally, I never mix it. I don’t ever want to add a sweetness to my scotch as it will take away from the experience and enjoyment of the drink.

That’s it.  Please let me know your choice of a good whiskey for beginners in the comment section below.  If you liked this article, please feel free to sign up for our email list too and be the first to know about new articles that come out about once a week. 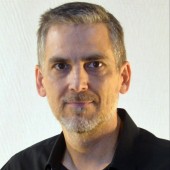 TJ Totland is a computer and network engineer working for IBM. When he turned 50, he decided to improve his life by getting healthy and enjoying life more. He has been a gentleman his whole life. A skill taught to him while attending Christian Brothers Academy in Lincroft, NJ. TJ is dedicated to passing on those skills in an attempt to keep the lifestyle alive for all future generations.

What is Barista FIRE? Everything You Need to Know

12 Tips on How to be Charming

50 Quotes on How to Treat a Woman

You have successfully Subscribed to the Gentlemen's Manual!

Your information will never be sold or shared with anyone!

The Gentlemen’s Manual is a participant in the Amazon Services LLC Associates Program, an affiliate advertising program designed to provide a means for sites to earn advertising fees by advertising and linking to amazon.com.